Below you will find a list of codes, commonly used by scientists to describe manatee behaviors.  These codes are provided to help you refine your sighting descriptions.  You may use them if you like, but it is not required (Credit: M.Ross, Sea to Shore Alliance).

Cavorting = Rolling, tail coming out of water, quickly swimming back and forth around other animal(s) or even grabbing and rolling with another animal.  This behavior is usually pre-cursor to mating behavior if focal female is present. 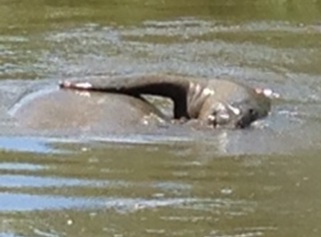 Credit: DISL/MSN Contributor 2013
Drinking = slurping water at the surface; orienting to freshwater source such as a water hose or outfall (as pictured) 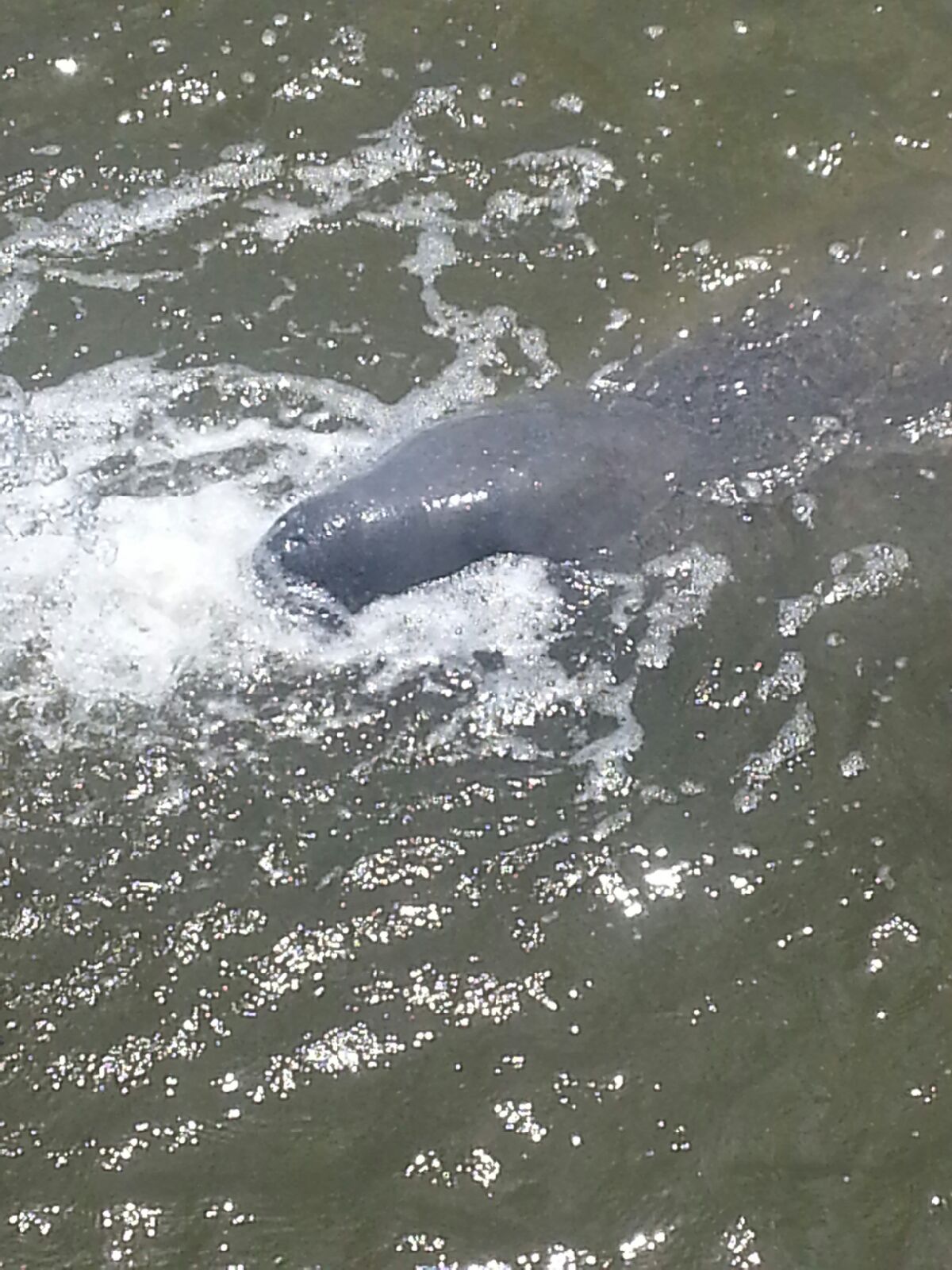 Credit: DISL/MSN Contributor 2013
Feeding = vegetation observed being pulled below water column; vegetation in mouth or chewing movement of mouth when at surface; mud trail coming from area animal is in (i.e. feeding on the bottom); fast breaths with head being thrown out of water every 2-3 minutes in calm water can also indicate feeding behavior Credit: DISL/MSN 2013
Human interaction = human in the water or land that has caused the animal to change its behavior 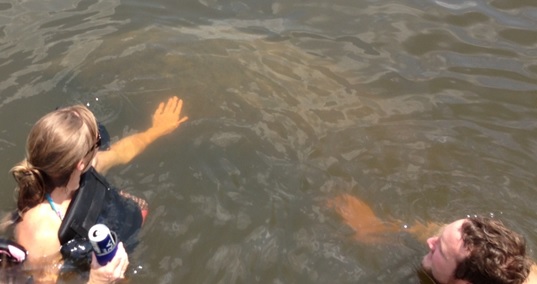 Credit: DISL/MSN Contributor 2013
Human boat = animal changes behavior due to boating activity nearby or when a boat goes by an animal even if no behavior change is observed. 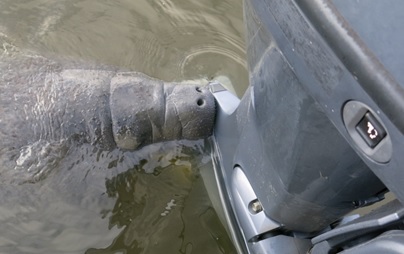 Credit: DISL/MSN 2013
Mating = primary difference between cavorting and mating behavior is that a focal female animal is present.  This means all other animals are focusing their cavorting behavior on one specific animal.  Female can be observed to climb into shallow water to avoid males or tail slap males when they are grabbing her when she is not receptive.  Copulation is confirmed when a female floats calmly on the surface (back at surface) while male goes under female upside down and at an angle to her body.  Copulation is very calm and little activity can be detected. 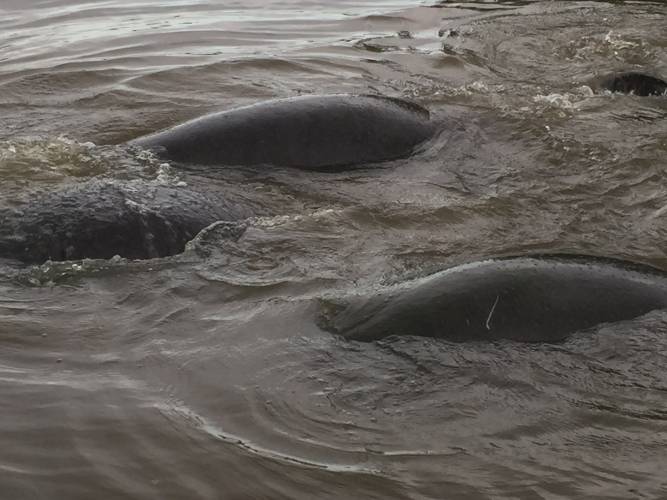 Credit: DISL/MSN Contributor 2016
Milling = slow back and forth movement of animal without clear direction.  This behavior could also be foraging behavior of animal prior to feeding. 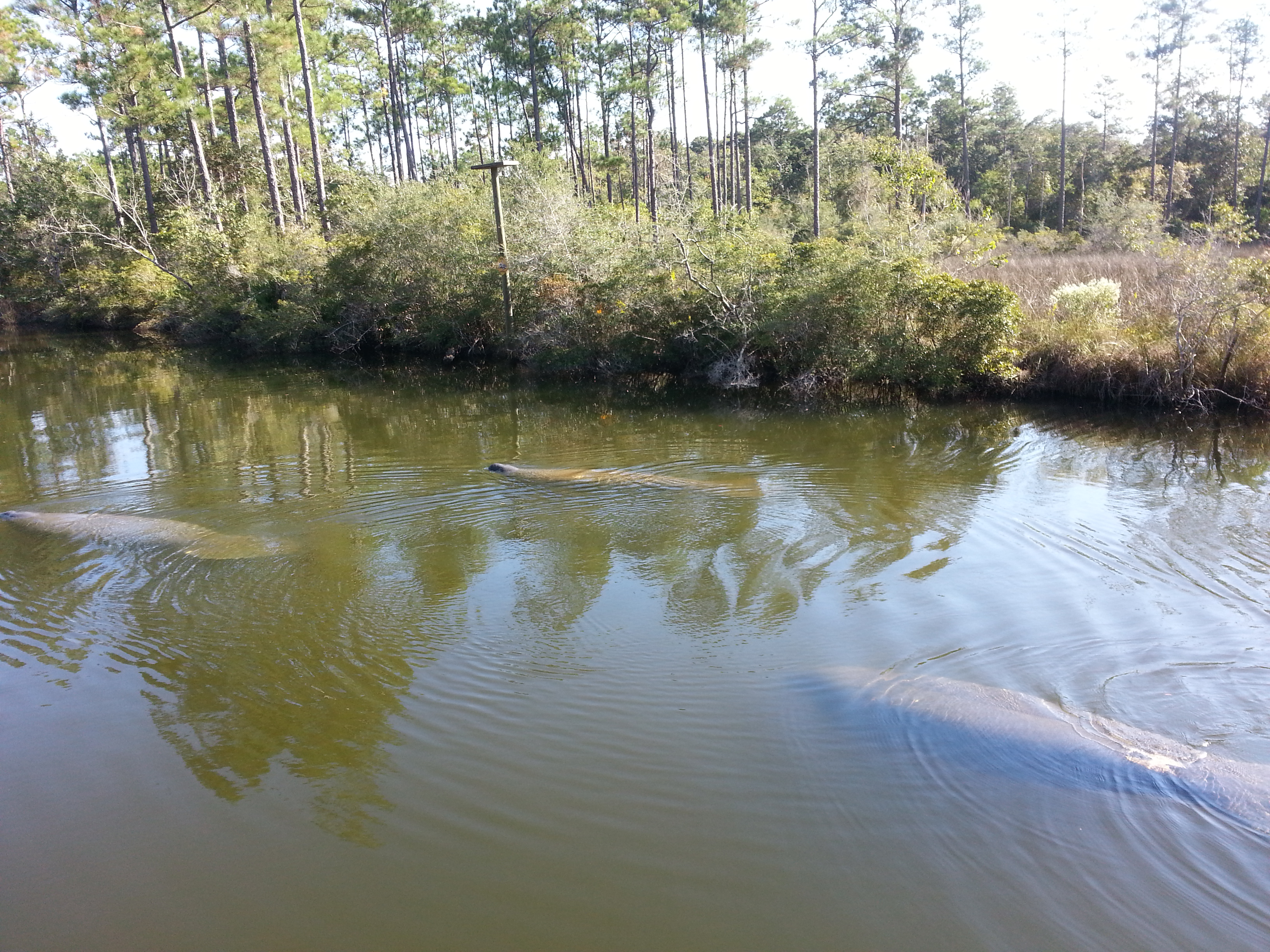 Credit: DISL/MSN Contributor 2013
Nursing = calf will nurse under either flipper.  Mother can sometimes be seen turning onto her slide slightly while extending her flipper to help calf locate mammary gland 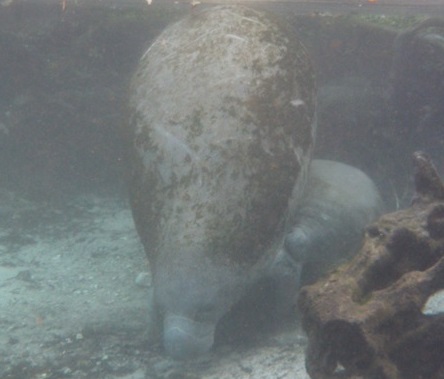 Credit: DISL/MSN 2013
Pacing = swimming in tight circles; this has been considered a response to stress (seen in many recently released rehab. animals) or an energy exertion behavior to keep warm

Credit: DISL/MSN Contributor 2011
Resting on bottom = animal rises to the surface to breathe every 7-10 minutes (max 15 minutes recorded) for 2-3 breaths at a time and then slowly sinks to the bottom 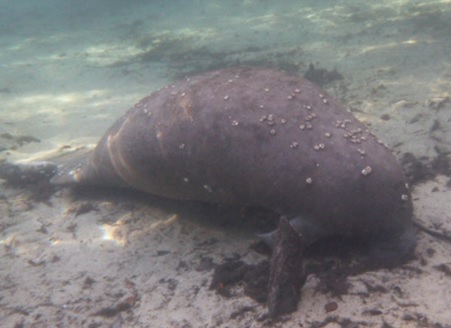 Credit: DISL/MSN 2013
Resting at surface = animal resting with back floating at surface; will take 2-3 breaths every 7-10 minutes (max 15 minutes recorded) 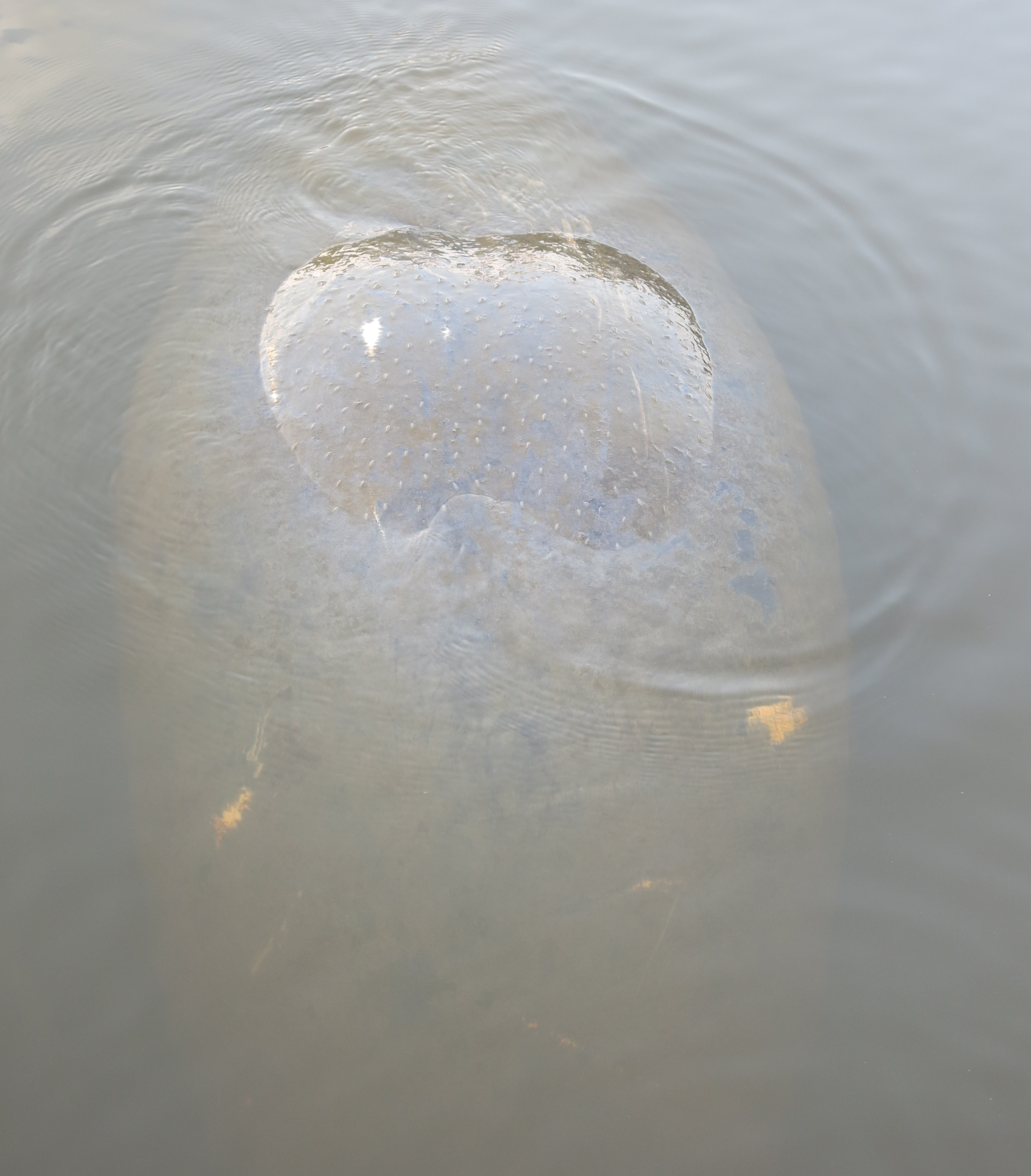 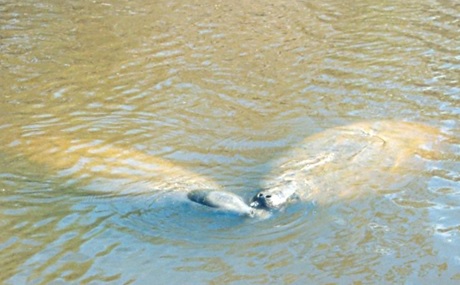 Credit: DISL/MSN Contributor 2004
Traveling = movement with directed path and purpose; speed usually constant and faster than milling behavior; movement can be long range or to other side of river 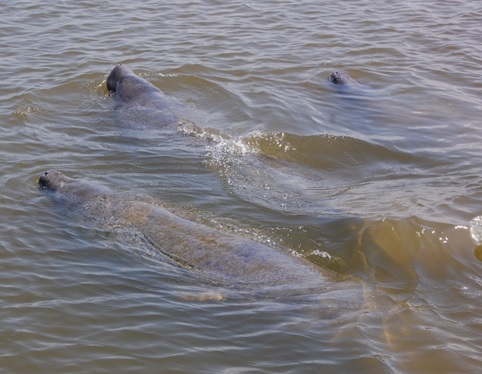 Credit: DISL/MSN 2009
Please Note:  Manatees are an endangered species, protected under the federal Endangered Species and Marine Mammal Protection Acts, the Florida Manatee Sanctuary Act and a protected species under the Alabama Nongame Species Regulation. It is illegal to harass manatees (including touching, riding, poking, feeding/watering, chasing, surrounding, or otherwise altering their natural behavior).  Federal conviction for manatee harassment is punishable by up to $100,000 fine and/or one year in prison.